There are 10 of us crammed into the “ambulance” as we speed through Port-au-Prince this morning dodging the fires that still burn in the streets. We are one of the few vehicles on what are normally jam-packed roads in the city.  AMBULANCE is written on the side of the van which gets us through several street blockages.  Coconut trees, power lines, scorched trucks, shattered street signs and burning tires block many of the boulevards. The store fronts and banks have shattered windows and dented siding from the rocks that are strewn across the roadways in front of them.  A solemn reminder of the events yesterday.  The air is filled with smoke.  There is the occasional but too frequent sound of a gun going off.  Ahead there is a huge fire in the middle of our route and people are running wildly.  Michel our chauffer reels the ambulance backwards and finds another way. 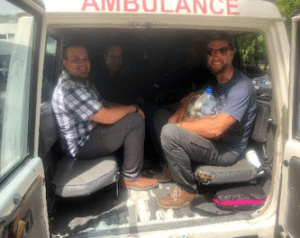 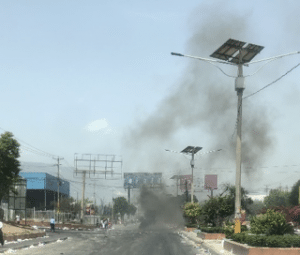 The hardest thing for me to see were the faces of the people.  They are angry and tired of the burden of life in Haiti compounded by the proposition of increased diesel expenses that will make it impossible for some to purchase this commodity that is critical to their lives.  The increased fuel prices have been rescinded but the burden of living in Haiti remains.  This is the darker side of a country in turmoil and distress. Fortunately, this is a rare occurrence.  One I have not experienced in my nine years of visits to Haiti.  At no time did I feel unsafe.  The people know why we are here and offer us their embrace and friendship.

On the other side of the unrest is the beauty and resilience of a 15 year old who is sitting up in her hospital bed smiling, taking only Ibuprofen for pain the day after her thigh bone was reassembled in a 2 hour surgery.  The power and the love of the family who is supporting a woman who is recovering from an eight hour surgery to rebuild her arm.  Laughing with them the night after the surgery she pauses and talks about her dreams of becoming a nurse.

While in Haiti, Ange called me to thank me and to let me know she had passed her nursing exam.  Our first to graduate from nursing school, she is now working at the only cancer treatment program in Port-au-Prince. 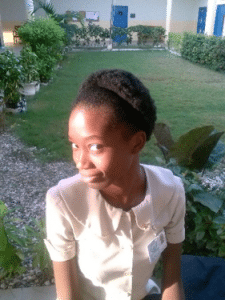 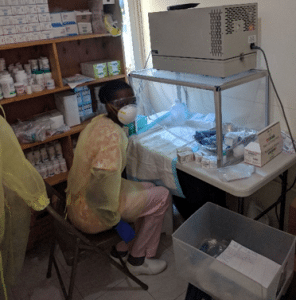 Kerline is our second to graduate (July 1st).  More to come. 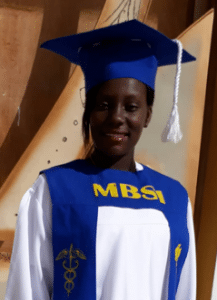 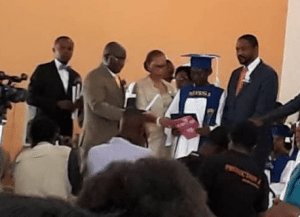 I believe we rebuild one brick at a time.  With each trip to Haiti our team touches a few, teaches a few, collaborates with a few and eventually our world gets smaller while our bubble of influence and love gets larger. We are making a huge difference on so many levels.

Glad to be on my way home.